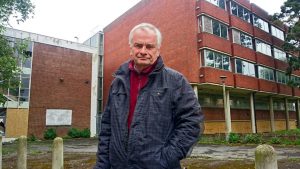 The two former office buildings on London Road have remained empty for many years and they are deteriorating and becoming eyesores within an important conservation area.

The annual meeting of the city council (21st May) will debate a motion proposed by Jeremy Hilton & seconded by Isabel Brazil calling on the council to acquire the dilapidated buildings for housing.

Cllr Hilton said: “Local residents are fed up with these empty buildings being an eyesore on London Road. Our motion hopefully, will get things moving.” 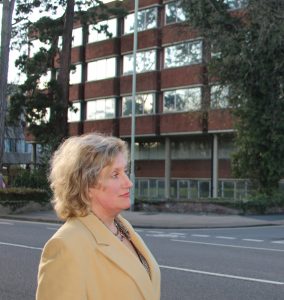 Cllr. Isabel Brazil agreed: “The buildings are run down and can no longer be easily let. The draft city plan suggests at least 30 residential units could be provided on the site. The council should now buy the properties for a housing project.”

The motion from the Kingsholm & Wotton councillors calls for compulsory purchase powers to be used if reasonable terms cannot be agreed.

Jeremy Hilton concluded: “The owners have failed look after the properties, we cannot allow them to continue to remain empty for year after year.

“The council must now buy them for a new housing project, using some of the £80m it set aside for such developments. If a negotiated purchase fails the council must use compulsory purchase powers to acquire the site.”

“This council notes that both 67 and 69 London Road, former offices, have been empty for a number of years and that these buildings are continuing to deteriorate.

They have become an eyesore on London Road, which is a conservation area and also one of the main routes into the city centre.

This council also notes that the combined site is listed in the draft city plan as being suitable for residential development.

This council, therefore, asks the leader to use city council resources to acquire 67 and 69 London Road for a residential regeneration project.

This council also agrees that the city council should use compulsory purchase powers to acquire the site if reasonable purchase terms cannot be agreed by negotiation with the current landowner.”