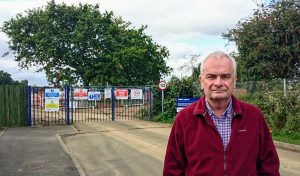 Jeremy Hilton has reiterated calls for a new secondary school to be built in the north of the city.

It comes after forecasts prepared by the Department for Education reveal a shortfall of 477 secondary school places in Gloucester by 2023/24.

Across the country 130,000 children are at risk of missing out on a secondary school place over the next five years, according to the Local Government Association.

Rising birth rates and the thousands of new homes built at Kingsway and Cooper’s Edge has seen increasing pressure for primary school places in Gloucester.

But with thousands of new homes planned on the outskirts of Gloucester – at Innsworth, Churchdown and Brockworth as part of the Joint Core Strategy – there will be further demand on school places.

Gloucester Liberal Democrats have long argued there was a need for a new non-selective secondary school in the north of the city as children not attending either Sir Thomas Rich’s or Denmark Road High School for Girls, having to travel to Churchdown, Brockworth, Tewkesbury, Newent, the south of Gloucester or further afield.

Jeremy Hilton said the school should have been built on the former Bishop’s College site in Longlevens but housing is now being built there instead.

When Jeremy and Gloucester Lib Dems first called for a new comprehensive secondary school in the north of Gloucester the then Conservative county council cabinet member for children and young people dismissed it as a “pre-election stunt”.

But the need for a new secondary school in Gloucester has now been supported by a report prepared by the county council.

The Gloucester City School Places Review said the need for extra primary school places would be met by expanding existing schools and agreements with housing developers to build additional schools.

But with secondary schools the review states that there is a “significant shortfall of places from 2022” and a new site for a secondary school in Gloucester should be found.

The report also says that existing secondary schools should be expanded where possible.

“When we first questioned which secondary schools the children living in all the new family homes being built on the outskirts of Gloucester would go to, the Tories just dismissed our concern.

“With so many houses planned because of the Joint Core Strategy it was obvious there was going to be further pressure on primary and secondary school places in Gloucester.

“The Department for Education’s own forecasts support this, and the county council has now realised what we have been saying all along about the need for a new comprehensive secondary school.

”It is vital that this school is non-selective. A genuine, high performing comprehensive school. There is no need for any further grammar school places. The grammars are already taking far too many pupils that live outside the city and even outside Gloucestershire. The new comprehensive school must be built to serve those that live in the north of Gloucester.” 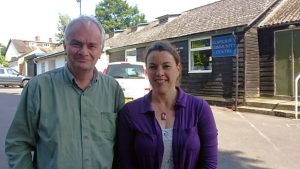 Fears have been raised over the future of Elmbridge’s largest community centre after a county council structural report suggested that significant work was required to meet health and safety standards.

The current lease is due to expire in January 2019 and there were concerns that it would be too difficult to renew.

A meeting was arranged by Elmbridge Liberal Democrat councillors between current committee members, user groups and local residents, who have expressed a determination to renew the lease and ensure the building remains open. They have won full backing of local ward councillors.

Lib Dem county councillor, Jeremy Hilton, has agreed to support a grant of £20,000 to the centre, from the Growing Communities Fund, which is reserved to his county council division of Kingsholm & Wotton that includes three polling districts in Elmbridge ward.

This should cover emergency work and it is hoped that additional funds will be found from reserves, fundraising and work by volunteers.

Jeremy Hilton said: “This is an important community asset with real character and is well used by many clubs and societies. It is vital that we do whatever we can to ensure it remains open. I’m very confident that we can help the community save the centre and help them get funding to secure its long term future.”

Lib Dem city councillors Emily Ryall and Howard Hyman are committed to keeping the building open. They stated: “We have been working hard with residents to give them the support they need to renew the lease. There is real determination to save this valuable building and preserve its historic character.”