Gloucester City Council (29 Sept) will debate how the city could better celebrate and remember the events of 1643, when the citizens of Gloucester defended the parliamentary garrison against the royalist forces during the first English Civil War. The Liberal Democrat group will propose the motion.

From 10th August to 5th September 1643 the army of King Charles I besieged Gloucester. The city held out for just short of a month under the leadership of Colonel Massie until it was relieved by parliamentary troops under the command of the Earl of Essex. This was a pivotal turning point in the civil war. 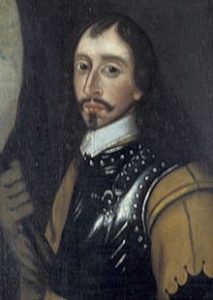 Cllr. Jeremy Hilton who is to propose the motion said: “The revival of Gloucester Day and the parade is one way in which the city remembers the events of 1643 when our ancestors fought on the side of parliament. It was a crucial turning point in the English Civil War. We should be proud of this point in our history. Gloucester fought for parliament and democracy. That is why I am proposing that we set up a cross party working group to see how we can better remember and commemorate the Siege of Gloucester. We should consult the public as well.”

The seconder of the motion Cllr Joanne Brown said: “I well remember taking part in the first Gloucester Day parade of the modern era in 2009 and how it brought home to me the great spirit and strong will of the people of Gloucester who stood together during the siege of 1643. Today we can feel proud of the pivotal role our city played in changing the course of the Civil War and I believe that we can do even more to remember and commemorate the events of the siege.”

Text of the notice of motion

“This council notes that Gloucester Day is a recently reinstated annual day of celebration of the city’s history and culture.

Gloucester Day was first held in the modern era on 5th September 2009, but originally dates from the lifting of the Siege of Gloucester in 1643, during which the city held out against royalist forces during the First English Civil War. The lifting of the siege was celebrated annually in the city for years afterwards but died out in the nineteenth century.

This council thanks the organisers of this year’s Gloucester Day celebrations and wishes them well in planning the 2017 celebrations.

This council also remembers the sacrifice and determination of the people of Gloucester as they defended the parliamentary garrison (10th August to 5th September 1643) against the besieging army of King Charles I. The siege ended with the arrival of a relieving parliamentary army under the Earl of Essex.

This council recognises that the Siege of Gloucester is one of the most important events in the history of this city of which we should all be proud and that we agree to set up a cross party working group to consider what else we can do to remember and commemorate the events of 1643.”