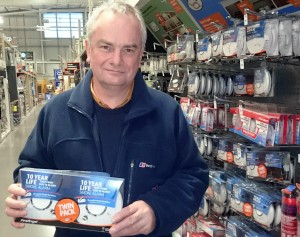 Currently, landlords are not legally obliged to install smoke alarms unless they are renting out houses with a substantial number of tenants – called Houses in Multiple Occupation (HMOs). This means there are 3.5 million smaller private rental homes which legally do not have to have them. The Government passed a law in 2013 which would require all private landlords to provide smoke alarms. However, this has gone out to consultation and has not yet been brought into force.

The call comes as latest figures show more than 200 people die in fires in their homes every year. (This figure covers both rental and owner occupier properties.) Householders are at least four times more likely to die in a fire if they do not have a working smoke alarm.

Fire and Rescue Authorities are taking a lead by giving out free alarms and launching safety awareness campaigns. However, given the tough austerity climate, they argue it must be down to private landlords to ensure alarms are installed.

Mandatory smoke alarms is set to be a key issue at the LGA’s annual fire conference in Gateshead, from March 10-11th. The call forms a central part of the LGA’s key report ‘The Fire and Rescue Service: Making our Nation Safer’, which is being launched today (Saturday).  This document sets out a blueprint for the next government, with a series of proposals for how fire and rescue services can improve fire safety and save the public purse money.

“Many people will be shocked that most landlords are not obliged to install smoke alarms. The current laws are outdated and inadequate – and without question lives are being put at risk.

“While the majority of private landlords are reputable and voluntarily install alarms, there are a small minority who don’t, needlessly putting lives at risk. They have a duty of care to ensure their tenants are safe.

“This is why we are calling on the Government to enact the law and ensure all private landlords install smoke alarms – and save hundreds of lives every year.

“A working smoke alarm can make the difference between life and death and should be seen as every bit as essential as a lock on the front door. By spending just a few pounds, landlords can save lives.

“In the meantime, we would urge anyone who hasn’t got one fitted already to make sure they are not needlessly putting themselves at risk of the death and destruction fire can cause by getting in touch with their local fire & rescue service requesting a home safety check.”

“While death and injuries from fires have reduced considerably in recent years, the majority of victims continue to be those who are most vulnerable, often living in private rented accommodation.

“This change would improve the safety of families and stop dozens of people from losing their lives to fire each year. The cost to landlords is small, with a ten year sealed alarm costing around £15.”